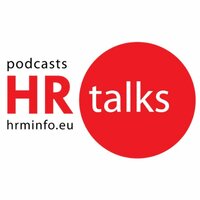 Sometimes the guest / interlocutor is a CEO/general director, board member or line manager with an interesting vision on HR and not working for an HR service provider. The podcast is broadcast monthly.

With over 60 residential care centres, service flats and residences, Armonea is the largest independent provider of senior care in Belgium. It employs over 6000 people. Armonea is part of the international Colisee group which, in addition to Belgium, is also active in France, Spain, Italy and China and employs over 19,000 people worldwide.

Mr Perremans is a former HR director and worked as an HR professional for companies including Alcatel, Attentia and Atalian. At the latter he was European HR director and later became CEO for Belgium and regional manager for the Benelux.

He is one of the few, rather rare HR professionals to have made it to CEO. This phenomenon is not typical for Belgium, by the way, but worldwide. Why this happens and what to do about it: that's one of the many themes that were discussed in this new episode of HR Talks, the podcast for those who really have something to say and to tell in the HR field.

In addition, the following topics were also discussed - amongst others:
is 'HR = Finance = Business'? - The title of Chris Burggraeve's presentation/webinar (Guido Perremans' answer is a resounding YES: according to him, HR should concern itself more with figures (P&Ls & KPIs) and with the business. More than that: if it doesn't make a demonstrable contribution to the business, HR is implausible and actually superfluous because it has no added value).How can HR present itself as an effective business partner and, with good reason, be part of the management committee? (The latter is the exception rather than the rule in smaller and medium-sized companies, and even in 20% of large companies it is not the case)What should be the 'output' of HR ? (According to Guido Perremans, this should be, more than is usually the case today, in the area of ESG: Ecology, Social and Governance. All too often HR limits itself to process-oriented output).
This edition of HR Talks is special because it is completely bilingual: Marc Ernst, founder & director of BizInfo/HRMinfo, alternates between Dutch and French with his podcast guest who also switches continuously and fluently between the language of Vondel and that of Voltaire.
++++++++++++++++++++++++++++
Sponsors:  MobieTrain, SD Worx, Flowsparks
Technical partner: ThePodcastFactory.org
Ещё
Выкл Вкл