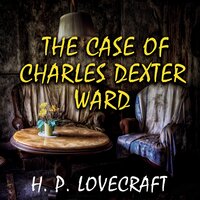 Charles Dexter Ward is a young man from a prominent Rhode Island family who has disappeared from a mental asylum. He had been incarcerated during a prolonged period of insanity, during which he exhibited minor and inexplicable physiological changes. His empty cell is found to be very dusty. The bulk of the story concerns the investigation conducted by the Wards' family doctor, Marinus Bicknell Willett, in an attempt to discover the reason for Ward's madness and physiological changes. Willett learns that Ward had spent the past several years attempting to discover the grave of his ill-reputed ancestor, Joseph Curwen.

The doctor slowly begins to reveal the truth behind the legends surrounding Curwen, an eighteenth-century shipping entrepreneur and alleged alchemist, who was in reality a necromancer and mass murderer. A raid on Curwen's farm was remarkable for the shouted incantations, lights, explosions, and some not-quite-human figures shot down by the raiders. The raiders swore any witnesses to strict secrecy about what they saw and heard.