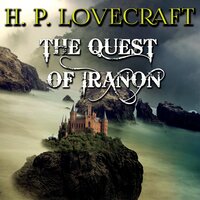 Эту аудиокнигу могут слушать только подписчики Яндекс Плюса Оформите подписку — вы сможете не только послушать эту аудиокнигу, но и скачать ее на телефон.
Если у вас уже есть подписка, авторизуйтесь.
"The Quest of Iranon" is a fantasy short story by American writer H. P. Lovecraft. It was written on February 28, 1921, and was first published in the July/August 1935 issue of the magazine Galleon. It was later reprinted in Weird Tales in 1939.
The story is about a golden-haired youth who wanders into the city of Teloth, telling tales of the great city of Aira, where he was prince. While Iranon enjoys singing and telling his tales of wonder, few appreciate it. A city solon even orders Iranon to cease his singing & music, and become apprenticed to the cobbler - or leave the city by sunset. When a disenfranchised boy named Romnod suggests leaving Teloth to go to the famed city of Oonai (which he thinks may be Aira, now under a different name), Iranon takes him up on his offer.
Iranon and Romnod spend years on their journey to Oonai. Along the way, Romnod grows up while Iranon remains exactly the same. Eventually they reach Oonai, which Iranon is disappointed (although not surprised) to discover it's not Aira. Iranon is loved by the people in Oonai, however, so he stays there even though he still desires to return to Aira. As the years pass, people appreciate him less and less, and he is eventually upstaged by dancers from the desert. By this point, Romnod has grown old and has become a drunkard. After Romnod's death, Iranon decides to leave Oonai and continue his search for Aira.
Eventually Iranon comes across an old shepherd and asks him if he knows of Aira. The shepherd tells him that he has indeed heard of it, for in his youth there was a beggar's boy who had always talked about it. The boy, who thought he was a prince, was laughed at by everyone and ran away.
With the truth revealed, that Aira was merely a figment of his imagination, Iranon loses his eternal youth. Now aged significantly, Iranon wanders into the quicksands to his death.
Famous works of the author Howard Phillips Lovecraft: At the Mountains of Madness, The Dreams in the Witch House, The Horror at Red Hook, The Shadow Out of Time, The Shadows over Innsmouth, The Alchemist, Reanimator, Ex Oblivione, Azathoth, The Call of Cthulhu, The Cats of Ulthar, The Dunwich Horror, The Doom that Came to Sarnath, The Festival, The Silver Key, The Other Gods, The Outsider, The Temple, The Picture in the House, The Shunned House, The Terrible Old Man, The Tomb, Dagon, From Beyond, What the Moon Brings.
Чтец:
Peter Coates
Продолжительность:
16 минуты
Лейбл:
Strelbytskyy Multimedia Publishing
H.P. Lovecraft. «The Quest of Iranon». #1
0:07
H.P. Lovecraft. «The Quest of Iranon». #2
16:31
H.P. Lovecraft. «The Quest of Iranon». #3
0:13
Выкл Вкл